I found myself riding in a Seahawk helicopter coming in on a ship. I was just a passenger, but there was a Chief who was training a new sailor to get qualified for his aircrew badge. This sailor’s job was to watch out of the door of the aircraft. His job, his ONLY job, was to watch a specific part of the rotors, and if he thought we were going to hit a line or a tower or anything else, to waive off, abort the landing and we would try again.

“Are we clear?” asked the pilot, the Chief watching closely over the sailor’s shoulder.

“Answer him.” Said the Chief patiently.

This sailor, frozen with anxiety, knowing that a piece of the 7 lives on that flight lay in his hands remained silent… uncomfortably silent for me as I had some idea of what was coming for him.

“Shipmate…” I won’t print what the Chief said here verbatim because of the sailor language used, but I will tell you how the conversation ended: “you make a call when you are in the air crew… it could be a good call, it could be a bad call, but you make a call.” (obscenities omitted)

As a passenger, I quietly tucked that lesson into my pocket to keep with me the rest of my life. 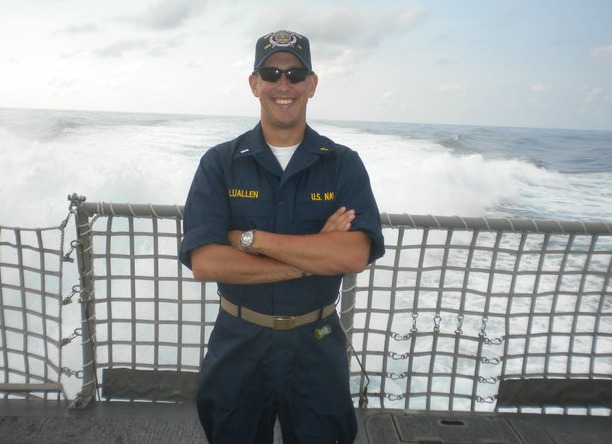 Decision making in this COVID-19 crisis is becoming harder, not easier, as we settle into this new routine. It seems like information is arriving slow, and usually late. Our necessary information is coming long after the decision point has come and gone for running our businesses.

This reminds me of some of the great leaders I was fortunate to work alongside in the military. Their very profession is mitigating data starvation, streamlining communication and intent, and applying a strategic advantage decisively. Some of the greatest thinkers in combat and war built their philosophies on these principles:

“…The great uncertainty of all data in war is a peculiar difficulty. All action must be planned in a mere twilight, which, like fog or moonshine, gives things exaggerated dimensions” -Carl von Clausewitz, On War Book 2 Chapter 2, 24

There is a principle that is taught to military leaders that helps to clear some of this fog; that is the application of boldness or aggressiveness. In these times there is so much chaos, so much uncertainty, and as a leader we can be

General Mattis said that, “the two qualities I was taught to value most in selecting others for… critical roles were initiative and aggressiveness,” these were the hallmarks of those that he served alongside in the Marines for 40 years.

I want to point out that as a leader in your business, it is your responsibility to “make a call” in even the most confusing times like these. But here is the good news. You are not alone.

There are friends, family, and faith to help you make a call for the good of others. There are trailblazers and influencers that have insight into the unknown that can help to light a torch to guide you. There are podcasts and books and forums that you can find camaraderie in. And there are partners that you can find in advisors and accountants, bankers and investors, and whoever makes up your personal advisory board.

The bottom line is as a leader, whether you are a CEO or a shop supervisor, the call is yours to make. Action trumps worry, as long as you are preparing and surrounding yourself with people you trust. Carl von Clausewitz had one more thing to say regarding leadership in chaos: “Given the same amount of intelligence, timidity will do a thousand times more damage than audacity.”

Make a call. Make the best call possible with the information you have. Don’t get lost in the weeds but be that leader that sees around these corners and prepares for the future beyond COVID-19.