The December episodes of The Learning Leader Show are listed below and we highly recommend checking them out!

Episode #341: Behind The Scenes Of The Learning Leader Show With Jay Acunzo 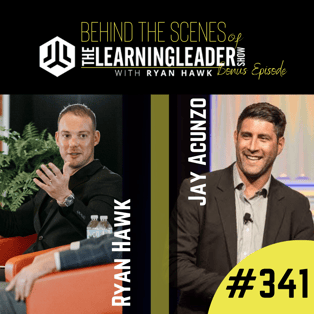 This is a special “behind the scenes” of The Learning Leader Show episode. Jay Acunzo is back. This time, he takes the reins and asks Ryan Hawk the questions. Jay is the founder of Marketing Showrunners, author of the book Break the Wheel, and a decorated show host and executive producer. Jay got his start as a sports journalist and previously worked in tech for Google, HubSpot, and the VC firm NextView. His thinking has been cited in courses at Harvard Business School and by writers at the New York Times, the Washington Post, FastCompany, Fortune, Entrepreneur, and more. Salesforce called him “a creativity savant,” while the American City Business Journals named him as one of Boston’s “50 On Fire.” 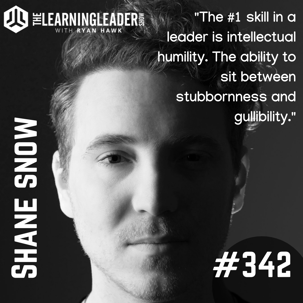 Shane Snow is an award-winning journalist, explorer, and entrepreneur, and the author of three books—including the #1 business bestseller Dream Teams. He speaks globally about innovation and teamwork, has performed comedy on Broadway, and been in the running for the Pulitzer Prize for investigative journalism. Snow is also founder and board member of the media technology company Contently, and The Hatch Institute, a nonprofit for journalism in the public interest.

"So much of our ideas are attached to our identities.” 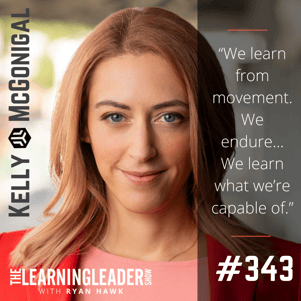 Kelly McGonigal is a health psychologist and lecturer at Stanford University who specializes in understanding the mind-body connection. As a pioneer in the field of “science-help,” her mission is to translate insights from psychology and neuroscience into practical strategies that support personal well-being and strengthen communities. She is the best-selling author of The Willpower Instinct and The Upside of Stress.

“Stress is what gives you energy.  It reminds you that it matters."

Episode #344: Jesse Cole - How To Create 'You Wouldn't Believe' Moments 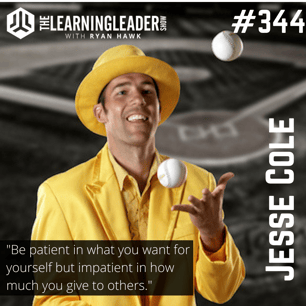 Jesse Cole is the founder of Fans First Entertainment and owner of the Savannah Bananas. His teams have welcomed more than 1 million fans to their ballparks and have been featured on MSNBC, CNN and ESPN. Cole’s teams have been awarded Organization of the Year, Entrepreneur of the Year, Business of the Year and have won three CPL Championships. The Savannah Bananas currently have sold out every game for three straight seasons and have a waiting list in the thousands for tickets.  In 2018, Fans First Entertainment made the INC 5000 list as one of the fastest growing companies in America. Jesse wrote Find Your Yellow Tux – How to Be Successful by Standing Out.  The book launched #1 in three categories on Amazon and has been sold in 18 countries.   Staying true to his mantra, “ Whatever’s Normal, Do the Exact Opposite,” Jesse launched the book with a World Book Tour….at Epcot.

“You don’t fail, you discover things.”

Episode #345: Kamal Ravikant - Love Yourself Like Your Life Depends On It

Kamal Ravikant has trekked to one of the highest base camps in the Himalayas, earned his US Army Infantry patch, walked 550 miles across Spain, lived in Paris, been the only non-black, non-woman member of the Black Women’s writers’ group, written several best-selling books, won a San Francisco-wide modeling contest, gotten drunk on the same barstool as Hemingway, felt the smooth marble of the Taj Mahal against his bare fee, held the hands of dying patients,  co-founded a company with the person who wrote the first browser, and has worked with some of the smartest investors and engineers in Silicon Valley. His most recent book is an updated version of Love Yourself Like Your Life Depends On It.